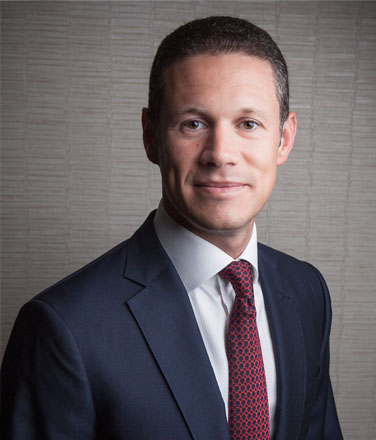 In 2010, Badr founded the Pearl Initiative, a non-profit organisation committed to promoting a corporate culture of transparency and accountability across the Gulf Region of the Middle East, in cooperation with the United Nations Office for Partnerships. He is a member of the United Nations Secretary General’s High-Level Panel on Humanitarian Financing, a member of the UNESCO International Commission on the Futures of Education, and a member of the Board of Advisors of the International Rescue Committee (IRC).

Badr is actively engaged with higher education institutions both locally and internationally, serving as a member of the Advisory Boards of Cambridge Judge Business School and MIT Legatum Centre for Development and Entrepreneurship, the International Advisory Council of the American University of Beirut, and the Business Advisory Council of the American University of Sharjah. He is the Founding Patron of the Centre for Strategic Philanthropy based at the Cambridge Judge Business School, which is dedicated to enhancing the impact of strategic philanthropy both within and from the world’s fastest-growing economies; and is the Founding Patron of the Gulf Region’s first Strategic Philanthropy Initiative at NYU Abu Dhabi to study and promote high-impact philanthropy. He also serves on the advisory board of the US-based Milken Institute for Strategic Philanthropy.

As an ardent believer in the essential role of the arts in innovation economies, Badr founded the non-profit Middle East Theatre Academy to encourage youth in the region to express their talents through writing, directing, producing, and acting. He also co-founded the Global Gumbo Group with renowned producer Quincy Jones to bridge cross-cultural divides through entertainment. He is a member of the Middle East Institute’s International Advisory Council, Guggenheim Middle Eastern Circle, the Artistic Director’s Circle of The Old Vic Theatre Trust, and The Kennedy Centre’s Centennial Circle. In 2014, Badr was awarded the Gold Medal in the Arts by the Kennedy Center International Committee on the Arts for his work to bridge cultures through music and theatre.

Badr serves as a Champion of the World Economic Forum’s (WEF) EDISON Alliance which mobilizes peers, networks and initiatives in MENA region and beyond. He has been a member of the Young Presidents’ Organization (YPO) since 2005 and served as Chair of the YPO Emirates Chapter. He was recognised as a Young Global Leader by WEF in 2011, is Co-Chair of the WEF Family Business Community and a member of the WEF Stewardship Board on New Economy and Society; and the Stewardship Board on Digital Economy and New Value Creation.

His personal blog can be found at badrjafar.com and Twitter feed @BadrJafar.