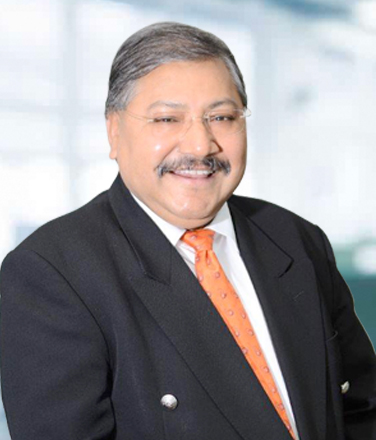 Neeraj Agrawal oversees Crescent Enterprises’ operations and investments. He has supported the company’s evolution and transformation throughout its years of expansion by fostering new investments and nurturing its various established businesses within the fields of ports and logistics, healthcare, and power plant engineering and construction, and, most recently, the tech-related investments.

As a member of the Executive Board of Gulftainer, Crescent Enterprises’ ports and logistics subsidiary, Neeraj provides oversight and support in all the company’s major decisions and policies, playing a key role in its international expansion, diversification, and related financing activities. More recently, he played an instrumental role in the execution of Gulftainer’s $600 million investment in Port of Wilmington, Delaware.

In his capacity as a Board Member of Crescent Group, Neeraj is responsible for the finance function and building relationships with the investment and banking communities.

His numerous achievements throughout his 32 years with the Group include securing several joint ventures within the international energy and port industries and leading the development of operations across North America and Middle East and North Africa region. Neeraj was also instrumental in the successful formation and capitalisation of Dana Gas PJSC (including the private placement and $80 billion IPO), the $1.2 billion acquisition and financing of TSX-listed Centurion Energy International Inc., and the Middle East’s first forward-looking accelerated $1 billion sukuk issued by an associate company in 2007, and which also received the 2013 ‘Restructuring Deal of the Year’ award in New York.

Neeraj is a member of the Indian Business and Professional Council and the Institute of Chartered Accountants of India and supports voluntary work and philanthropy through charities in India and UAE.